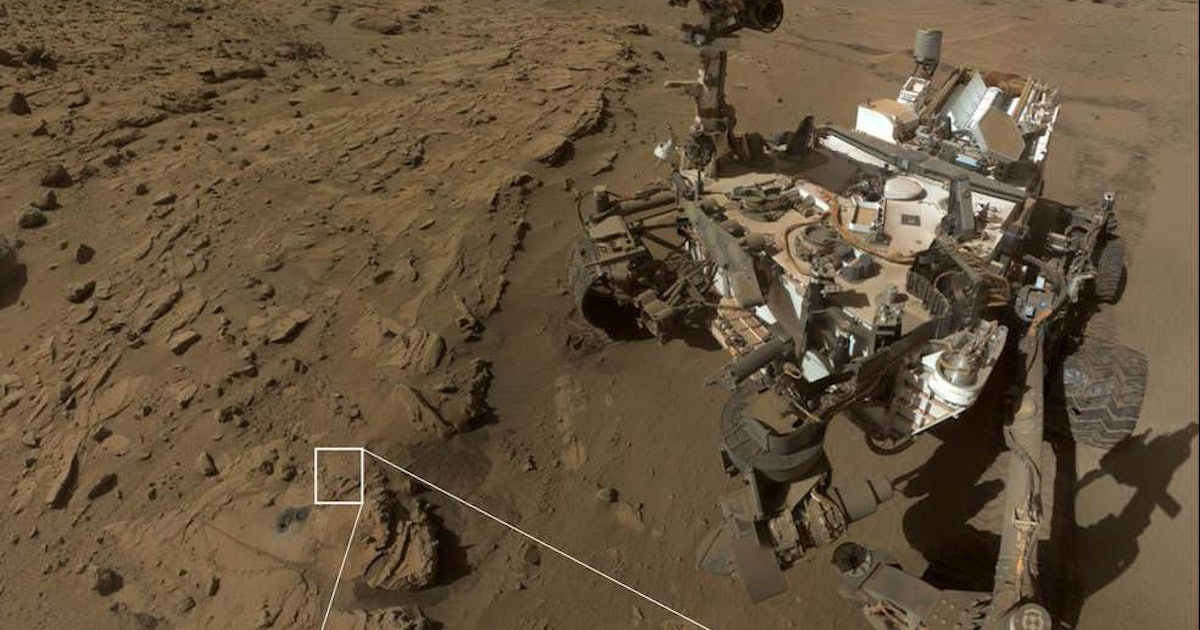 Oxygen-rich land the atmosphere not only provides the basis for complex life. The oxygen in the atmosphere is so reactive that it easily combines with other chemical elements. Together they form important ores such as iron oxides and manganese oxides found in the earth’s crust. So, when rovers spotted manganese oxides on Mars, scientists interpreted them as clues to Mars’ past atmosphere: it must have contained oxygen.

But a new study puts a damper on that idea.

Both Gale crater and Endeavor crater contain manganese oxides. We know this thanks to MSL Curiosity (Gale Crater) and Opportunity Rover (Endeavor Crater). The discovery suggests that Mars once had not only oxygen in its atmosphere, but also surface water.

“These high-manganese materials cannot be formed without lots of liquid water and highly oxidizing conditions. Here on Earth, we had plenty of water, but no extensive deposits of manganese oxides until oxygen levels in our atmosphere rose,” said Nina Lanza, a planetary scientist at Los Alamos National Laboratory. Lanza was the lead author of a 2016 study of manganese oxides on Mars.

But a new study in Nature Earth science shows how atmospheric oxygen may not have been necessary for the formation of Martian manganese oxides. The study is titled “Formation of manganese oxides on early Mars by an active halogen cycle.” The first author is Kaushik Mitra, who completed this work as part of his postgraduate research at the University of Washington.

Manganese is the tenth most abundant element in the earth’s crust, and there are more than 30 manganese oxide minerals. People have been using them for thousands of years. Neanderthals may have used them to make fires, and Paleolithic cave artists used them in their paintings. The ancients also used them as pigments and to clarify glass. Nowadays, we use them in metal ores, batteries with dry cells and as catalysts in the production of hydrogen.

On Earth, they are ubiquitous in soil and sediment and are widespread due to our planet’s oxidizing atmosphere. They usually form “at the interface between the lithosphere and the hydrosphere, the atmosphere and/or the biosphere,” according to a 1999 scientific article. On Mars, rovers have discovered manganese oxides in water fissures and veins in rock using X-ray spectrometry.

When the rovers found them on Mars, the natural conclusion was that the conditions that created them here on Earth must have been present on Mars in some form. The ancient habitability of Mars is a topic that holds our attention, so the findings were intriguing.

But new research has identified another route to manganese oxides that don’t require oxygen. Instead, the halogen elements chlorine and bromine are behind the manganese of Mars.

Jeffrey Catalano is the corresponding author of the study. He is a professor of earth and planetary sciences at Washington University in St. Louis, and a lecturer at the McDonnell Center for the Space Sciences.

“The relationship between manganese oxides and oxygen suffers from a number of fundamental geochemical problems,” Catalano said in a press release. “Halogens occur on Mars in different forms than on Earth and in much greater amounts, and we assumed that they would be important in the fate of manganese,” said Catalano.

In particular, chlorates are a strong oxidant. Could it have supplied the oxygen needed to form manganese oxides? There is a precedent in the way we treat our drinking water.

“We were inspired by the reactions we’ve seen when chlorinating drinking water,” said Catalano. “Understanding other planets sometimes requires us to apply knowledge gained from seemingly unrelated fields of science and engineering.”

“Untreated drinking water is polluted, so we ‘treat’ it before drinking it,” said lead author Mitra. “There can be different types of pollutants: organic matter, microbes, metals (such as lead), etc. Manganese can be one of these pollutants,” Mitra explained.

Chemicals containing oxidized chlorine (e.g. bleach) are routinely used to sanitize water. But chlorine can also be a contaminant. How can the introduction of another contaminant lead to the decontamination of drinking water? “Use metals,” said Mitra the universe today. “Chlorate is one such oxidized chlorine compound that has the same properties as bleach. The impurities (metal and oxidized chlorine) will react together to form products that can be filtered out or that are harmless.”

This is where the critical differences between Mars and Earth come into play. These differences challenge the tantalizing assumption that finding the same chemicals on Mars that formed on an oxygen-rich Earth necessarily means that ancient Mars was also oxygen-rich.

Not only are there much higher concentrations of both halogens on Mars, but the entire chemical environment is different. Chemical reactions are never just about chemicals. The environment in which the reactions take place dictates a lot about the reactions, and in this case the atmosphere and pH were different than on Earth. “Additionally, the atmosphere of early Mars was probably rich in CO2, which is also different from Earth’s atmosphere,” Mitra said UT. All that CO2 dictated the pH of Martian water.

How did they do it – The researchers conducted laboratory experiments with samples of chlorate and bromate to manganese oxide in water. The water was created to recreate water on ancient Mars that would have been mild to slightly acidic with a pH between approximately 3.5 to 6.5 due to the CO2-rich atmosphere.

Their experiments showed that the manganese oxides observed by the rover could not have formed in an oxygen-rich atmosphere, given temperature, pressure and pH. It comes down to the time scale. The manganese oxide layers found by the rovers were very thick, indicating rapid accumulation. Experiments show that if an oxygen-rich atmosphere were responsible for the manganese layers, they would be very thin, perhaps as thin as 20 nm.

Experiments also showed that while bromate was able to oxidize manganese at a rate that might explain the rover’s findings, chlorate was not. “Unlike bromate, chlorate did not cause observable Mn(ii) oxidation in homogeneous systems in this study.” the authors write in their study.

“In our paper, we show that if oxygen were to produce manganese oxide layers, the oxide layers would have to be thin,” Mitra said. the universe today. X-ray spectrometry of the rovers showed higher concentrations of manganese oxides than would be present in a layer in the nanometer range. “So there are significant kinetic and thermodynamic barriers to O2, which served as the oxidant that produced the fissure-filling manganese oxide deposits on Mars.”

Since they are not so thin, there must have been another way to oxidize. Experiments have shown that the high concentration of bromate on Mars is responsible for the formation of manganese oxides.

“Oxidation by definition does not involve oxygen,” Mitra said. “We have previously proposed viable oxidants on Mars, other than oxygen or UV photo-oxidation, that help explain why the Red Planet is red. In the case of manganese, we just haven’t had a viable alternative to oxygen to explain the manganese oxides so far.”

Mars is a puzzle we are just beginning to piece together, and we sometimes overlook many of the fundamental differences between the two planets. It may be tempting to think of Mars as the “Earth that has gone bad.” While Earth still has a magnetosphere, rich atmosphere, and oceans, Mars may have had all of these until something went wrong and the planet became barren.

Just because this study questions the existence of an oxygen-rich atmosphere doesn’t mean it rules out life on ancient Mars. After all, not every life form on Earth needs oxygen. In fact, when life first appeared on Earth, the atmosphere was not oxygen-rich. There are still simple forms of life that do without it.

“There are some life forms even on Earth that don’t need oxygen to survive,” Mitra said. “I don’t think of it as a ‘failure’ to be habitable – just that there probably wasn’t any oxygen-based life.”

On Earth, types of simple life forms, called obligate anaerobes, exist without oxygen and in fact cannot survive in the presence of even low levels of molecular oxygen. And in 2010, scientists discovered three new complex multicellular life forms at the bottom of the Mediterranean Sea that do not need oxygen. They spend their entire life cycle in conditions of constant hypoxia. So there is a precedent for life on early Mars, even if it lacked an oxygen-rich atmosphere.

This study will not be the last word on Mars, manganese oxides and the planet’s ancient conditions. This is just another important piece of the puzzle. Hopefully, in a decade or so, scientists will have a few more pieces to the puzzle, perhaps the most important yet: samples collected by the Perseverance rover in Jezero Crater.

“Right now, we have limited information on Martian rocks and minerals, including manganese oxides,” Mitra said. the universe today. “We had no mineralogical data from manganese-rich sedimentary rocks.” Instead, the rovers provided elementary data from which scientists inferred mineralogy.

“Having mineralogical data and other microanalyses (such as isotope analysis) can provide much more information,” Mitra explained in an email exchange. “Therefore, having samples from Mars is critical to understanding the chemical processes that have occurred on the surface in the past and will give us a much better understanding of past geological, geochemical, environmental and habitable environments on Mars.”

This article was originally published on the universe today by Evan Gough. Read the original article here.

There’s an easy way to offset the health risks of sitting all day: ScienceAlert 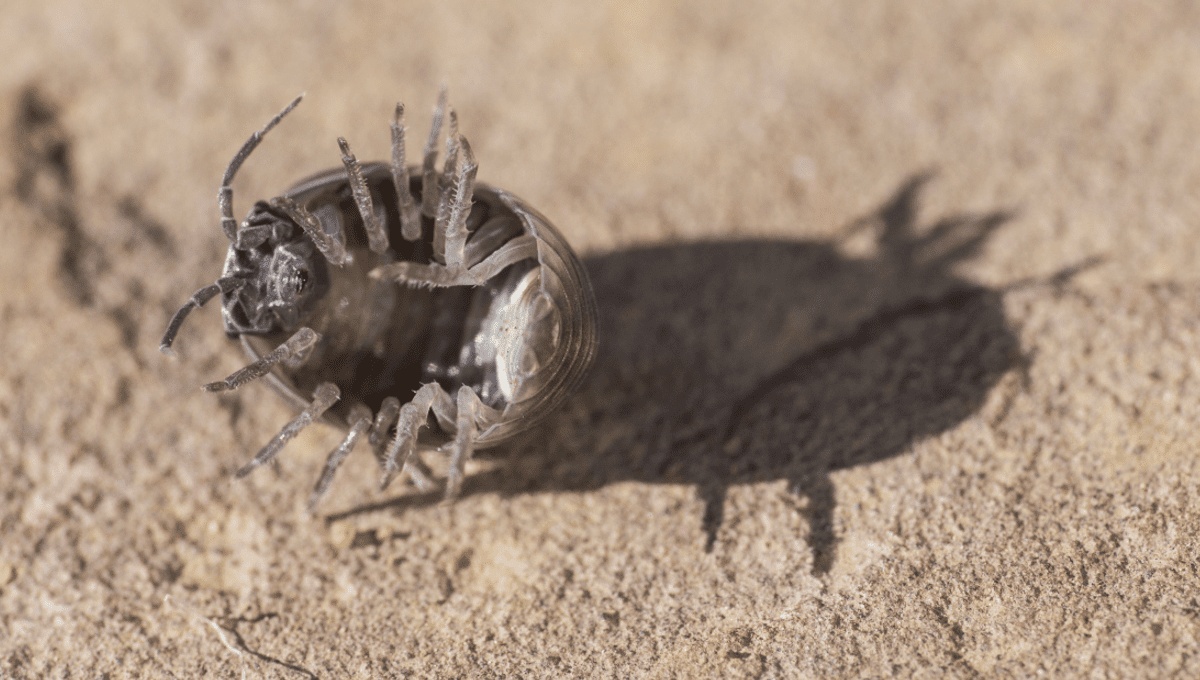 Pillbugs can have little personalities curled up in these balls 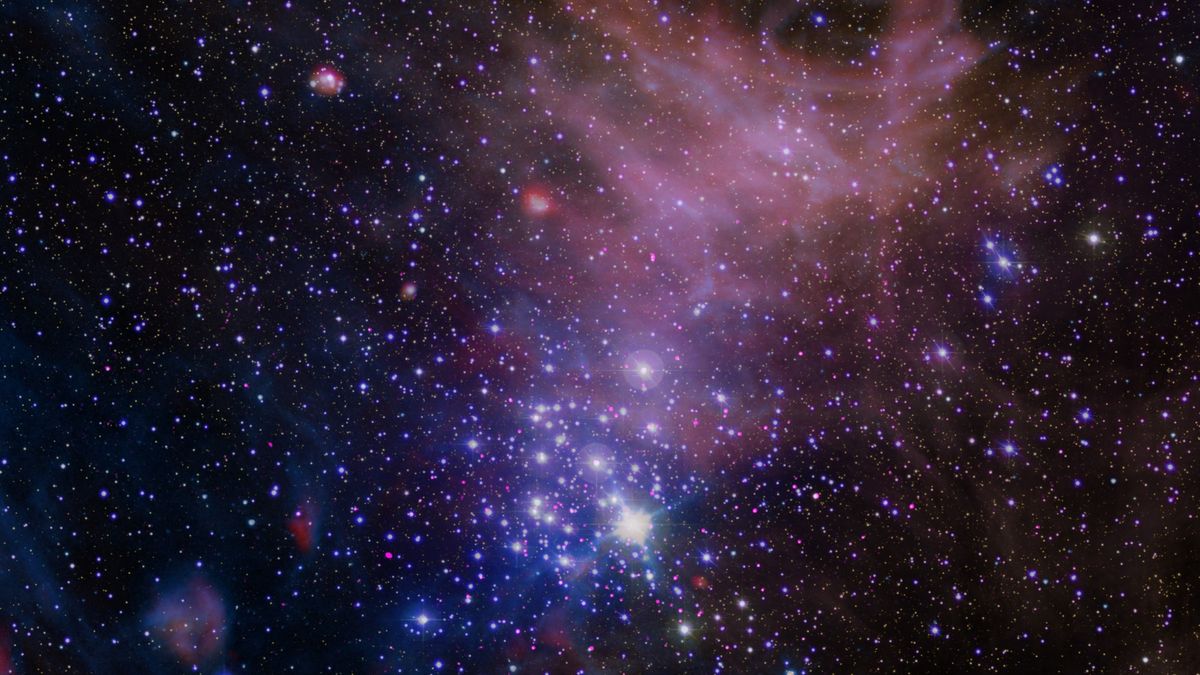